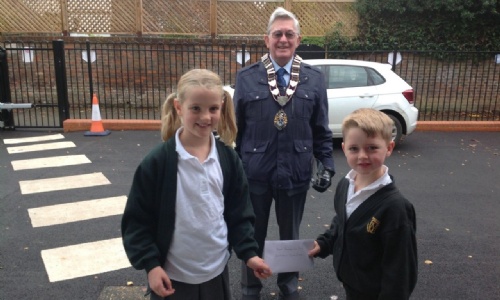 Last week, the Mayor of Haslemere, John Robini, visited the school with a special request for our Year 3 children. He wrote them a letter highlighting the global issue of plastic pollution, and invited the children to take part in an exciting project to raise awareness. The children were asked to head down to the local park to litter pick, where they found an abundance of rubbish, including wrappers, bottles and coffee cups!  Following on from what they found at the park, the children have been researching pollution and the effects on the environment. They have heard from local experts from Surrey Wildlife Trust and the National Trust, and are now creating their own newspapers to report on this issue before sharing their findings with the Mayor and councillors.